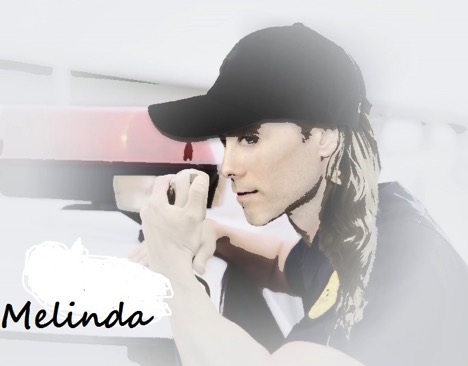 April 27, 1978 Melinda was born in the city of Miami Lakes, Florida. At the age of two she and her family moved to Ft. Lauderdale. Her father abandoned her two days before her eighth birthday.  Her mother passed away shortly after.

1986 Melinda moved in with her Mother’s step sister, Betty Wilders the same day her mother passed away.  Her mother was not even buried yet when her aunt snatched all of Melinda’s mother’s photographs and burned them in front of the house. She told her that she never wanted to see another picture of her mother inside her house again. Melinda hid a photograph of her mother inside the hem of one of her jackets. Now living with her aunt she understood why her mother never visited or talked about her sister Betty. Growing up Melinda wondered why her aunt was such an angry and bitter woman. Why was she so abusive?  Maybe it was because she couldn’t have children of her own or because no man wanted to marry her. One time at the age of ten, Melinda attempted to embrace her aunt but she rejected and threatened Melinda harshly. Melinda cried every night because of the way she lived and not having anyone to love or care for her. She always remembered her mother’s kind words about the grace of God. And evil people in the world who love to see others fail, her aunt was one of them.  She never let anything her aunt did discourage her of her dreams and aspirations. She continued to push herself. She was excited to go to school every day just to get out of the house, away from her aunt, to be around her teachers and friends in school.

1994 Melinda’s determination and strong focus were important attributes for her especially since she knew that she was alone in the world with no one to care for her. She had to take care of herself and nothing was going to stop her .At the age of sixteen she graduated from Panther high school in Coral Springs with only her best friend and best friend’s mother by her side. Her aunt kicked her out, and she enrolled into Western Community College in Ft. Lauderdale, preparing herself to become a police officer. She attended psychology classes for three years until she finally became one.

1997 At the age of nineteen, Melinda immediately joined the police academy.

Six months after, Melinda joined the Coral Creek police department and worked along with a team for the homicide division for five years and five months